From 2020 to 2025, the growth rate of e-commerce in Asia is expected to reach 8.2%, surpassing the United States (5.1%) and Europe (5.2%). By 2025, the Asian e-commerce market will exceed 2.2 billion US dollars. The gratifying data has attracted a large number of investors to settle in, giving the Asian market an unprecedented vigor, and a wave of fierce battle to carve up the market is about to start. The ancient Roman little Serek once said: “For a ship that sails blindly, any wind is headwind.” Here is an analysis of the five major trends in the development of Asian e-commerce:

The rise of live streaming
The number of live broadcasts on the Shopee and Lazada platforms has increased exponentially. From February to June 2020, in Singapore and Malaysia alone, Shopee Live’s live broadcast market has increased by nearly 200%; live broadcasts in the Philippines drive nearly 60% of shipments; from January to June 2020, Thailand, Vietnam , The retail sales of live broadcasts in the Philippines and Singapore increased by 306%.
In China, according to Forbes statistics, in 2019, the total number of people watching live broadcasts is 430 million, accounting for 30% of the total population, and in 2020, it will reach 560 million, accounting for 39% of the total population. In 2019, about 1/3 of people placed orders in the live broadcast room. People in the entertainment industry who have been left home due to the epidemic used live broadcast to play a model of their surplus value—the popular actor Chen He of the "Love Apartment" series sold more than US$114 million worth of products in his Douyin live broadcast debut.
In India, e-commerce platforms such as Bulbul and Simsim specializing in live streaming have recently attracted attention. In India, where Hindi, Marathi, Tamil, Bengali, and other languages are proliferating, it is not easy to combine local customs and language habits to broadcast live, so India, the e-commerce "saline-alkali land" finally has an entry point— native. In 2025, India’s population with access to the Internet will exceed 974 million. E-commerce will flourish in India as a matter of time.

AR (augmented reality technology) + 5G + e-commerce = profit
AR is not a new thing, but for e-commerce or consumers, it is really late to meet each other. Consumers can feel the products more realistically through AR. For example, Sony Electronics's Envision TV AR app can provide consumers with an effect display. Consumers who are worried about the impact of Sony products on the indoor proportion and style tone can see it in advance with the help of AR, which will also help reduce returns. ; Similarly, Sephora SEA recently launched AR mirror, which allows consumers to "try out" makeup in a virtual space before buying.
The potential of AR has not yet been fully exploited. Apple and Google respectively announced the development of mobile AR-ARKit 3.0 and Google ARCore, two technologies are expected to come out in the upcoming 5G era.
Monigroup said that 5G's unparalleled ultra-high-speed network and low latency can meet the needs of fast image recognition. The blessing of AR will bring the visual experience to a new level.
With 1.14 billion 5G users in the Asia-Pacific region, it will become the most prosperous region for 5G development. GlobalData's data shows that by 2024, 65% of 5G users will come from the Asia-Pacific region. In terms of breadth and dimensions, AR functions and e-commerce will be the most successful region. 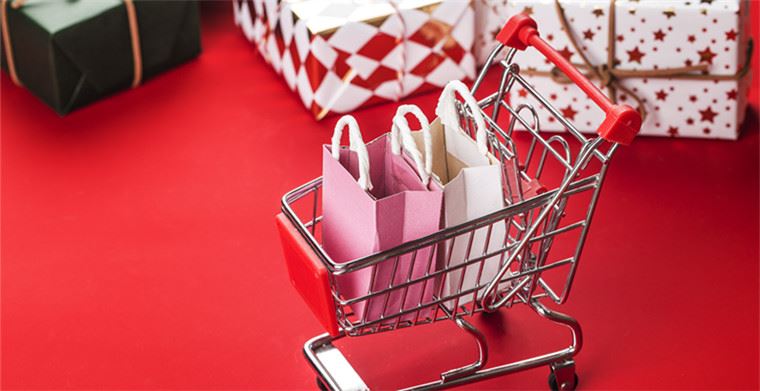 Big players enter
The trend from offline to online has a long history. 2011 is the first year of the full rise of various retail channels. Both online and offline development have laid the groundwork for the current situation, but it is the epidemic that has pushed online retail to unprecedented heights. According to a report from Deloitte China, under the epidemic, physical stores in shopping malls were hit hardest, with 60% of shopping malls losing nearly 50% of their customers.
From May 2019 to May 2020, Singapore’s real economy fell by 52.1%, a record low since 1986. On the contrary, online retail has achieved rapid growth. Affected by the epidemic, many traditional brick-and-mortar retailers have to shift their focus to online, including Singapore's Marina Square, Thailand's Siam Center, Indonesia's Pakuwon Group malls and Fraser Properties. 2021 will be a good year for the transformation of physical retail.

E-commerce under the blockchain
The most popular way of playing the blockchain is in the payment field. Cryptocurrency has become the new favorite of e-commerce settlement business. The well-known Bitcoin and Ethereum are likely to stand alongside traditional payment channels in the future. The biggest feature of cryptocurrency is that there is no need to transact with consumers through banks. There are 438 million people in Southeast Asia alone that can use cryptocurrency, and cryptocurrency is likely to become the mainstream payment method in Asia.
Blockchain is increasingly being brought into entrepreneurship. Bluzelle, which provides a decentralized database to store data, and Electrify, which is dedicated to optimizing consumers’ electricity bills, are all examples of Singapore companies using blockchain to start businesses. The "perfect combination" of e-commerce and blockchain will surely follow this wave.

What are the top ten rankings of foreign trade cross-border e-commerce activity?Next What is the weight of AliExpress? How does AliExpress improve its favorable ranking?

What are the promotion plans of AliExpress through train