Analysis of five types of speakers

According to the speaker structure, it can be divided into closed speakers, inverted speakers, empty paper cone speakers, labyrinth speakers, horn speakers and other types.

1 Enclosed speakers
The enclosed sound box is the simplest speaker system among all the sound boxes. Its shape and structure are all sealed except for the opening for installing the loudspeaker in the front, and the box is filled with porous fiber sound-absorbing material. When an audio current flows through the speaker, the speaker diaphragm vibrates, pushing the sound wave in front of the speaker cone to radiate around, while the sound wave behind the cone is absorbed by the sound-absorbing material, which will radiate the sound wave forward and backward The radiated sound waves are completely isolated, thereby effectively avoiding the acoustic short-circuit phenomenon. In addition, due to the existence of the closed box, the rigidity of the resonance of the motion mass of the speaker is increased, the maximum resonance frequency of the speaker is increased, and the low frequency response is improved. The sound of this speaker is a bit deep, but the bass analysis is good. Since the enclosed box is generally small and has a limited volume, the air in the box forms an additional elastic effect on the speaker. The air cushion behind the paper cone will exert a counter-driving force on the paper cone, which will increase the natural resonance frequency of the speaker. , And make the low frequency response worse, so nowadays, speakers with low resonance frequency are often used to make speakers. Enclosed speakers have low sensitivity, but can use amplifiers with high output power, and their structure is relatively simple, easy to design, and convenient to place, so they are widely used in homes and small entertainment venues.
Except for the speaker opening, the rest are all closed speakers. The front and rear of the speaker cone are divided into two airtight spaces, one is an infinite space outside the box, and the other is a closed box space with a certain volume, eliminating the speaker paper Acoustic short circuit and interference phenomenon before and after the basin, but due to the sealing of the box, the vibration of the paper cone will cause the air in the box to produce repeated compression and expansion processes, so each part of this box should have sufficient strength and airtight performance, otherwise, It is easy to produce plate vibration and affect characteristics. Its main feature is pure sound, but low sensitivity, suitable for home audio.

2 Inverted speaker
Also called bass reflex speakers, this kind of speakers have one or more sound holes in the front of the cabinet. The shape and structure of the speakers have various opening positions and shapes. Some have only one hole, and some have several holes. Most of the holes are also equipped with sound ducts, and the shapes of sound ducts are also varied. Its working principle is: the sound wave radiated by the loudspeaker resonates with the air in the box, and then the phase of the sound wave is reversed by 180 degrees through the sound tube and radiated from the opening of the sound tube. Since the sound wave radiated from the back of the speaker cone is exactly in phase with the sound wave radiated forward from the speaker, this kind of speaker is called an inverted speaker. Since the sound radiated from the sound duct opening and the sound radiated forward from the speaker are superimposed in phase when reaching the front of the speaker, it can provide a wider frequency band than a closed speaker, and the radiation efficiency of the woofer unit is greatly improved. . In order to make the sound radiated by the sound duct opening in the playback frequency band exactly in phase with the sound radiated from the front of the loudspeaker, the parameter values of the loudspeaker used must be well selected and the loudspeaker carefully designed. Under ideal circumstances, the playback frequency should start from 80% of the speaker's lowest resonance frequency and spread out evenly and flatly to obtain a wide frequency range.
Inverted speakers can reproduce rich bass with a smaller cabinet, with less distortion and stable performance. It is currently the most widely used type, but its design and production are more complicated. In recent years, in order to broaden the bass replay frequency band, sound-absorbing materials have been filled in the sound tube, and a semi-enclosed box is made to control the phase inversion, so as to buffer some, and reduce the resonance frequency to achieve the purpose of broadening the bass replay frequency band. As a result, the inverter speaker becomes a semi-enclosed state, which is called a damped inverter speaker.
Also known as an inverted open-hole box, a low-frequency radiation speaker, is a type of speaker with an inverted hole (slot) on the speaker panel. Because of the holes, the sound inside the box can be radiated to the outside.


Inverted speakers, also known as low-frequency radiation speakers, are also the most commonly used cabinet design in multimedia speakers. The difference between it and the closed speaker is that the front of the speaker is designed with a cylindrical inverted hole to circulate the air inside and outside the box. It has a higher power capacity and lower distortion than a closed box, and the volume is sufficient. , High sensitivity, not only suitable for general households, but also for halls or professional places. 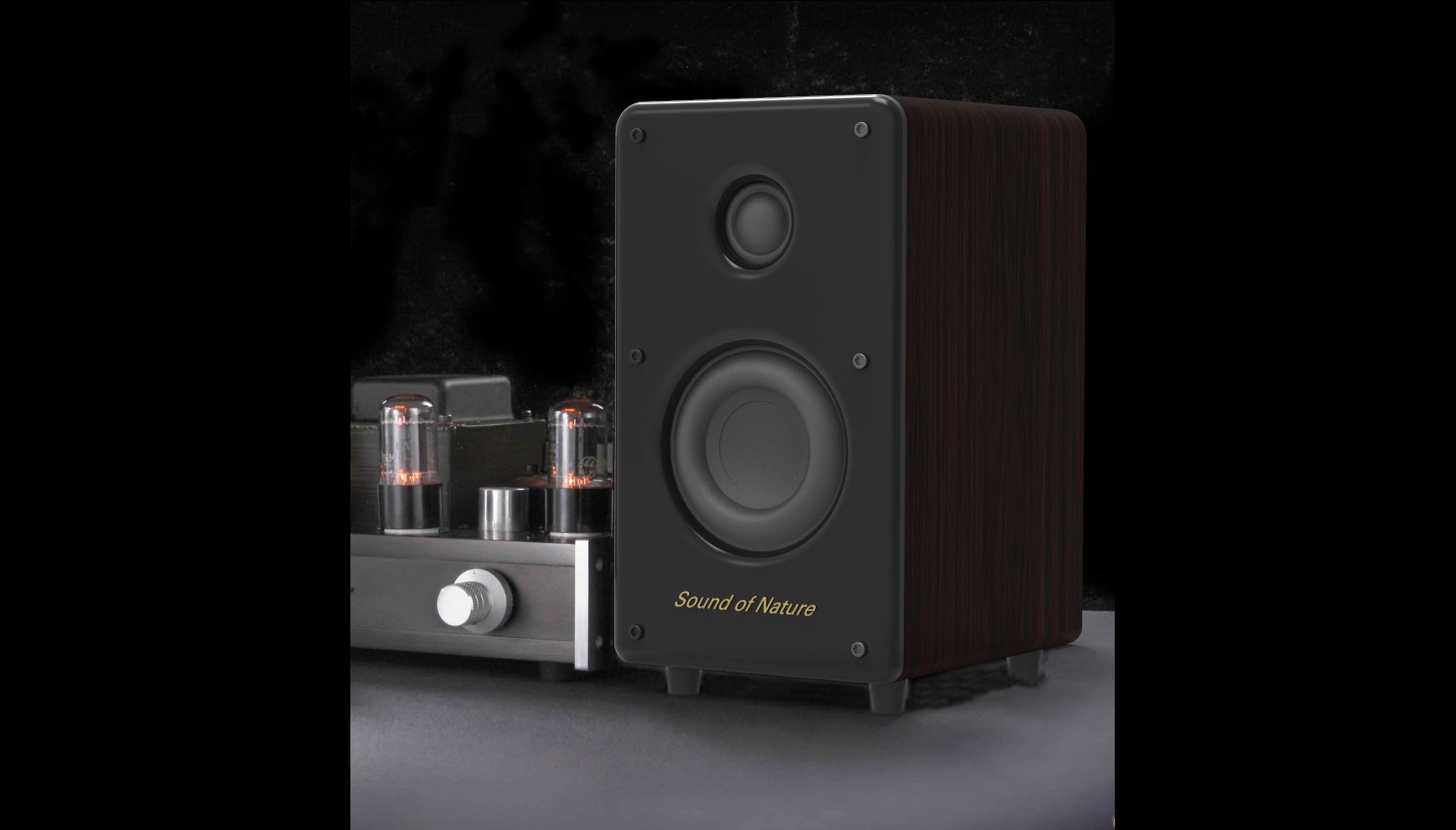 4 Labyrinth speaker
This is a variation of the phase-inverted speaker. The structure is equipped with a sound tube made of sound-absorbing wall panels behind the speaker. The length of this tube is exactly half the wavelength of the low-frequency sound that needs to be raised. In this way, the opening of the tube The radiated sound is superimposed in phase with the forward radiated sound of the loudspeaker, so that the total radiated sound pressure is strengthened. However, when the length of the catheter is equal to a quarter of the wavelength, the situation is just the opposite, and an inverse resonance phenomenon will occur. Therefore, try to select this low-frequency lower limit value as the lowest resonance frequency of the speaker during design. In theory, the acoustic labyrinth speaker will attenuate the sound waves from behind the cone, preventing reflection to the open end and affecting the radiation of the woofer. In fact, it has a slight damping and tuning effect, which increases the sound output of the speaker near or below the resonance frequency, and can rapidly reduce the amplitude of the sound while enhancing the bass output.

The classification of speakers in common professional audioPrevious

About the classification of speakersNext