Our ears are very sophisticated and complex sensors that can convert sound signals into electrical impulses, and after they are transmitted to the brain, our brains can interpret them as "sounds".

Unlike our ears, microphones can only accurately convert (and reproduce) sound signals within a specific range, which is usually smaller than 20-20kHz.

The frequency response of the microphone will have a certain impact on the sound quality, because the microphone usually cannot reproduce all the frequencies present in the audio signal well. 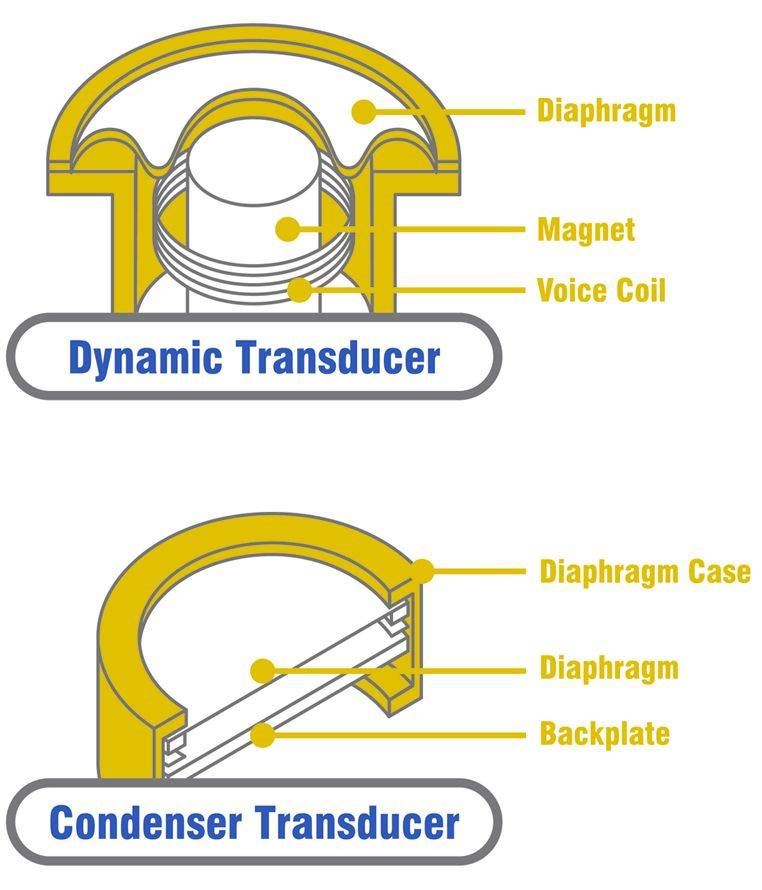 However, when choosing a microphone, the most important consideration is often its design type. There are two basic types of microphones: dynamic microphones and condenser microphones.

And in this magnetic field, there are "magnetic lines of induction" invisible to the naked eye. In the internal structure of any dynamic microphone, there are various magnetic fields. In the ribbon microphone, it is a thin metal strip suspended in the middle of the magnet. When the vibration of the sound wave drives the aluminum strip to vibrate, it will also vibrate. This kind of vibration cuts the magnetic lines of induction and generates voltage. The voltage is conducted through the aluminum strip and is directly affected by the vibration frequency of the sound wave.

In general dynamic microphones, a thin film (ie, diaphragm) is connected to the coil. The vibration of sound also causes the diaphragm/coil to move in the magnetic field, cutting the magnetic lines of induction and generating an induced voltage in the coil. Likewise, the vibration frequency is the same as the sound frequency.

Generally speaking, the sensitivity of a dynamic microphone depends on the size of the diaphragm, the gravitational strength of the magnet, and the number of coil turns.


AKG D 112 (left) is more suitable for kick drum, while Sennheiser E604 is suitable for tom drum, and it is more convenient to install

In addition, because the snare drum also produces a higher sound pressure level, this will also cause certain damage and distortion to the large diaphragm microphone.

The E604 also comes with a stand that can clamp the rim of the drum, which saves the need for a bulky microphone stand and makes the stage cleaner and more concise. (I even used it in the recording studio.)

If you are accustomed to using the front wedge speaker as a stage back to listen, dynamic microphones are undoubtedly a good choice. They can increase the gain enough, but will effectively avoid the occurrence of acoustic feedback.

And if you are using an in-ear hearing system, you can try to use a condenser microphone to pick up human voices or musical instruments. Although you may increase your budget, you will get a correspondingly better sound quality.


Use condenser microphones on stage

The working principle of a condenser microphone is a variable capacitor, a fixed plate and a movable plate. The function of these plates is similar to a polarized magnetic source. The sound vibration drives the movable plate of the microphone to vibrate, and the vibration frequency is also the same as the sound frequency.

As the movable plate vibrates, the distance between the two plates is constantly changing, and their function is the electronic components in the capacitor. The change of the distance between the plates will cause the change of the capacitance, and then through the small electronic circuit in the microphone, the current of the analog sound signal is generated. Dynamic microphones are usually charged by manufacturers when they are made, so they can maintain a voltage of 20% for a long time.

The variable capacitor design of the capacitor microphone makes it particularly sensitive to changes in sound pressure. They are also very "hot" microphones. Guitarists usually like to use them in conjunction with active circuits in guitar pickups because of their excellent sensitivity.


Around the mid-1960s, the legend of the EV, Lou Burroughs, publicly demonstrated what happens when an open microphone is placed directly on the speaker horn.

Phantom power not only provides the necessary voltage for the circuit board, but also provides power for the on-board impedance transformer. Without phantom power, condenser microphones cannot work at all. So, where does this phantom power come from? Generally speaking, the mixer will have its own phantom power supply.

Many mixers have separate buttons or switches on each channel to enable or disable phantom power. Some mixers have a switch that can control multiple channels. Only this one switch can turn on or off the phantom power of all channels. 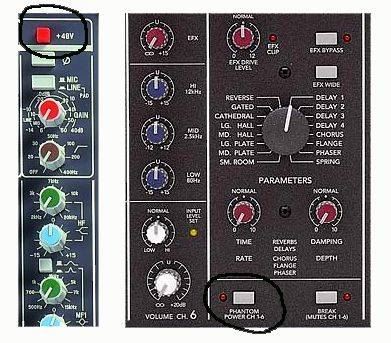 Also note that because capacitors are very sensitive, acoustic feedback is more likely to occur. When using condenser microphones in sound reinforcement, you need to pay special attention to managing the volume of the stage. In this case, it is necessary to use in-ear monitors. In addition, you need to inform the singers so that they can take corresponding measures.

How many kinds of microphones are there?Previous

What are the options for home recording microphones?Next

Introduction to the advantages and disadvantages of usb microphones, it is best to have a look before you buy!

Why do we need a USB desktop condenser microphone?

Which microphone with built-in sound card is more cost-effective?